When you pay a big company, you’re paying for expensive advertising, salaries, commissions, etc. When you hire us, you save! We’re paid per project, so there are no salaries or commissions, and advertising? We do our own, which must be pretty good, since you found us. 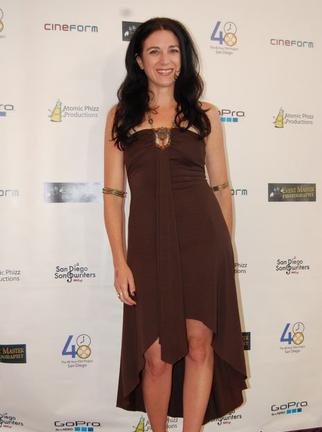 Owner  and  President,  Giovanna  Maimone,  was  born  in  Little  Silver,  New  Jersey  and  knew  from  the  age  of  ten  she  wanted  to  be  in  entertainment.  She  began  studying  acting,  then  attended  a  performing  arts  high  school, and  went  on  to  be  a  theater  major  at  The  University  of  Southern  California  School  of Theater  with  a  BA. She  just  kept  going  with  film;  writing,  directing, producing,  taking  on  other  roles such  as;  assistant  director,  production manager,  production assistant, art department,  wardrobe,  props,  set  design, boom operator,  grip, behind the scene stills and video, and  any  and  everything  that needed  assisting  with  for  the completion  of a  production. She  has  now  added  editing  to  her  many  talents  in  film  making.

Giovanna wrote a monthly Spiritual Column in Motovaded Magazine from July 2014 - March 2016 called "I Don't Need Coffee to Wake Up."